The clock is winding down, and although Age of Sigmar 2nd Edition promises chromatic cogs with which to slow the passage of time, they haven’t been released yet…

On my end, I’ve made good progress these past couple of weeks, but with so much to prepare, “good” isn’t good enough. Although we’re no strangers to street hammer, we’ve discovered that, the more models we finish, the more we want to see the rest done, too…

Currently, our plan is to play the 3rd Ed. 40K game on Friday after Peter’s train comes in, with Silver Tower to follow after dinner. Then, it’s Firestorm at our FLGS and Silver Tower back at my place until Monday morning. On the 40K side, with the exception of basing, I’ve finished the Contemptor Dreadnoughts…

I call them Hans and Franz.

… which, in the absence of fully painted unit, assures they’re going to burn by the bottom of Turn 2, tops. And, although I’m happy with how my test Legionnaires came out (sans iconography transfers), I vastly underestimated how long “silver and gold” actually takes to paint.

On the Silver Tower side of things, I’ve finished a few more models, and made a lot of progress basecoating a bunch more. I must say, this game’s sculpts are NOT novice friendly. I’ve been in this hobby for over a decade, and every one of these models has been a challenge. 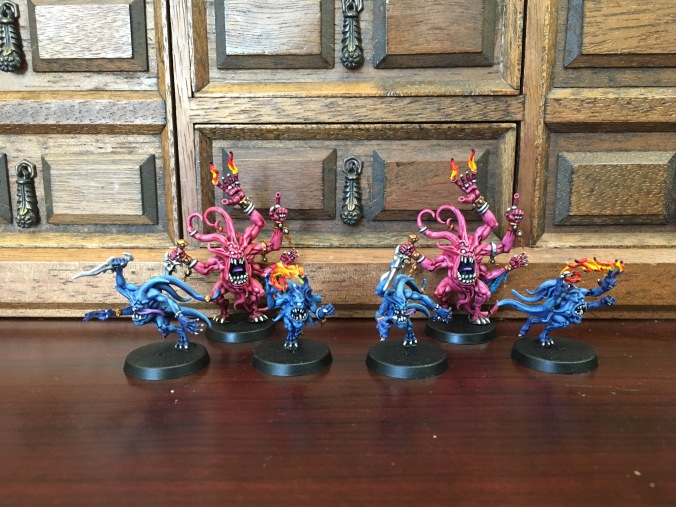 They do the splits.

Although I had planned to rebase them all on clears after I finish painting them… I just can’t be bothered, and then I wouldn’t be able to host trials in my town’s newly-opened Games Workshop location. Instead, I’m going with a satin black.

Alas, only a single unit of Knights of the Order of the Pale Saint will be (re)finished in time, although I’ve assembled/repaired a number of other models to flesh out (see what I did there?) the Court.  These guys are definitely a lot of fun to paint, and now that I’m dialing in the paint scheme, I don’t expect the rest to take long at all… probably. Looking at you, Iron Warriors…

Peter’s done much better than myself, knocking out the Death Watch one after another:

Interestingly enough, Lord-Celestant Steelios is based on an old Animosity character of mine, Stee Anders. A hurt soul who buries his pain with rage, he survived the Realm of Chaos as a slave pit-fighter, only to be reforged by Sigmar’s hand in the Mortal Realms. 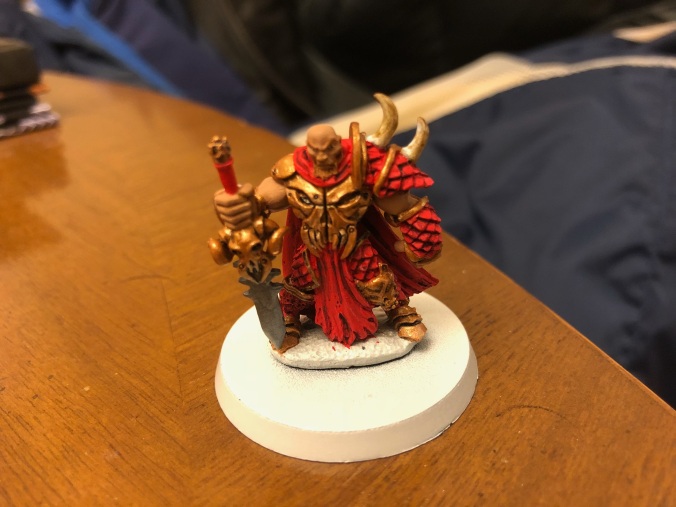 Lord-Celestant Steelios, the World Eater, The Bearer of Wrath, the Once-Forged, the Master of Death, the Azyr Maul, the Untamed, the Burning, the First, Humbler of Princes, the Bloody Hand of Sigmar, the Gladiator, the Champion of the Pits, the Redeemed, the Twice-Honored, Hero of Heroes, First of the Watch, Companion of Rage.

The other members of the Watch are original characters. A World-That-Was grognard like myself, Peter has expressed how the Mortral Realms have allowed him to craft backstories inspired by historical precedent, but not bound to it, the way the Old World was very clearly 16th-century-smashed-with-Tolkein.

Sister Guilia the Sole Consul, the Counselor, Feller of Kalathraxx, the Statesman, the Voice of Reason, the Ever-Defiant, the Last Defender, the Fifth, the Senator, Heaven’s Light, the Bane of Traitors, the Loyal Steward, the Courageous Citizen, the Leader of the Thirteenth.

Sister Rebecca, the Beloved of Eternity, the Dusk Raider, the Denied, the Guardian of Death, the Nineteenth. She counts-as a Lord-Castellant… if you couldn’t tell by the halberd and lantern. 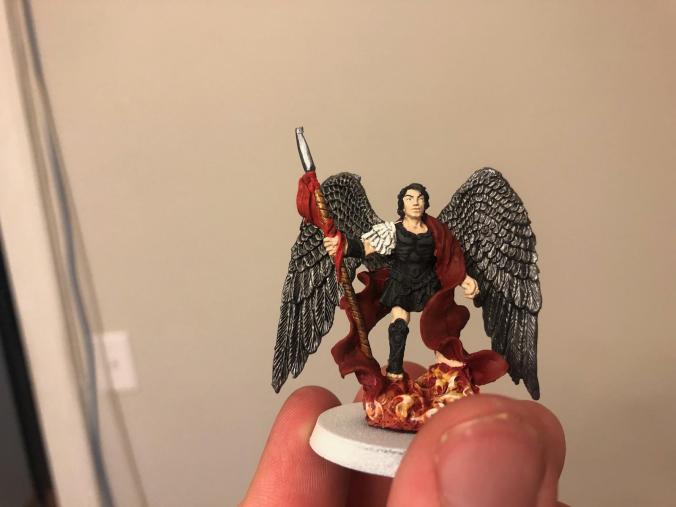 Brother Holtz, the Black Templar, Sigmar’s Fire, the Holy Warrior, the Watchful, the Eyes of Azyr, the Seventeenth. Based on an old Animosity NPC whom I vehemently hated, you can read more about him here. 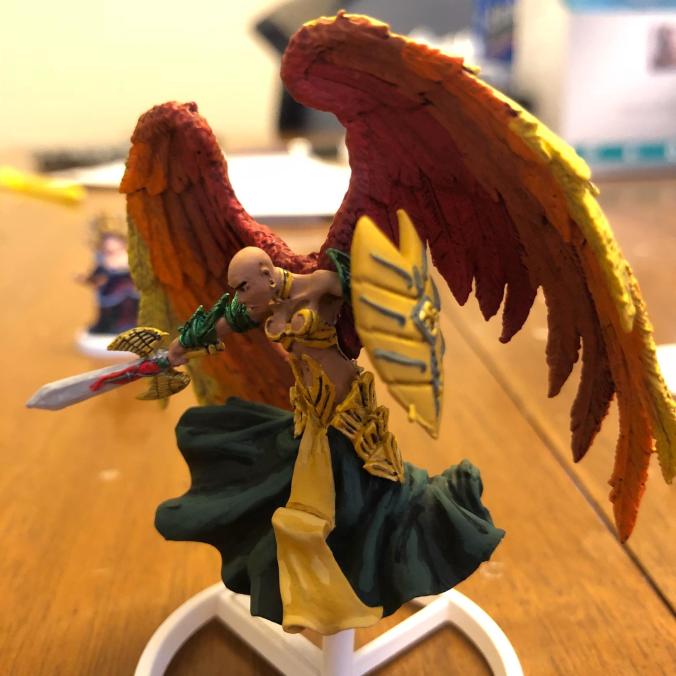 Sister Ilos the Flameborne, the Unburnt, the Crowned, the Fearless, the Sword of Righteousness, the Tongue of Wrath, the Salamander, the Ever-Faithful, the Unbending Defender, the Infernal Guard, Handmaiden of the Empress, the Trinity, the Shield of Truth, the Thrice Sworn, the Unmasked. Her backstory is one of my favorite examples of Peter’s philosophy about creating lore in the Mortal Realms.

Needless to say, with less than 48 hours to go until models hit the table, the Pale Saint and his Court are looking forward to eating their unique, historied, well-painted brains…

Be sure to check back Friday night for the first batrep- or follow us at @AnimosityCmpgns or myself at @OldStonebeard .