#AnimosityI is now less than a month away, and we’d like to share a few words from an old hand at Animosity Campaigns, Robert E. L. aka, “Sir Cai Leonas”.

No matter the tag given to the ideal, the underlying current flows from the same source. Getting yourself deeper into the game by imagining that you’re seeing it and experiencing it through your army, and especially your heroes. Wins and losses transformed into glorious victories and heartbreaking defeats. Tragedy and triumph as your tiny plastic/resin/metal miniatures come alive in the eye of imagination.

Every battle has always been a story.

I would take a calculated risk and make the assumption that most people who play fantasy battle games already are captivated in some degree by the lore and story behind it. The desire to play a certain force over another is itself a choice as to which view point and side you desire to affirm within that story. Broader narratives simply take this to it’s next level by giving you a realm in which your games change the fate and destiny of that realm.

The tale to be told is yours.

Each of us brings a point of view to the broader campaign narrative as we experience the campaign. It’s that point of view that wants to be told, as your character is given the ability and room to grow as each new battle brings new experiences to process. How your character entered the campaign, and their initial thoughts and desires could radically change as events unfold. New and interesting facets could develop, and things that you never imagined happening are certain to occur.

The story always has a life of its own.

One of the true joys of narrative campaigning is that you’re collaborating with people motivated by the same creative spark. Together, creativity amplifies as inspiration, ideas, and motivation flourish off each other. What could be mundane turns into a path of extraordinary events. New allies, new enemies, good old fashioned rivalry, and above all else: a realm you helped to forge, either in blood, fire, sweat, toil, or audacity. 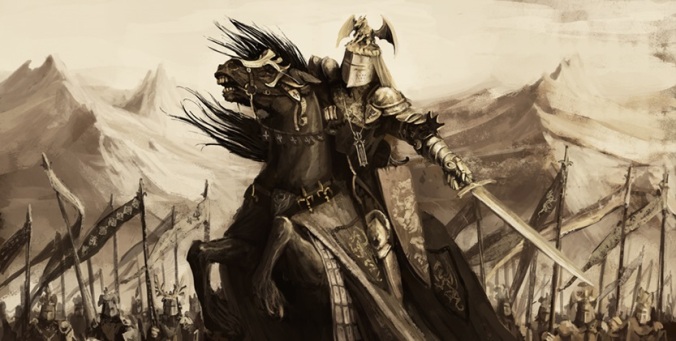