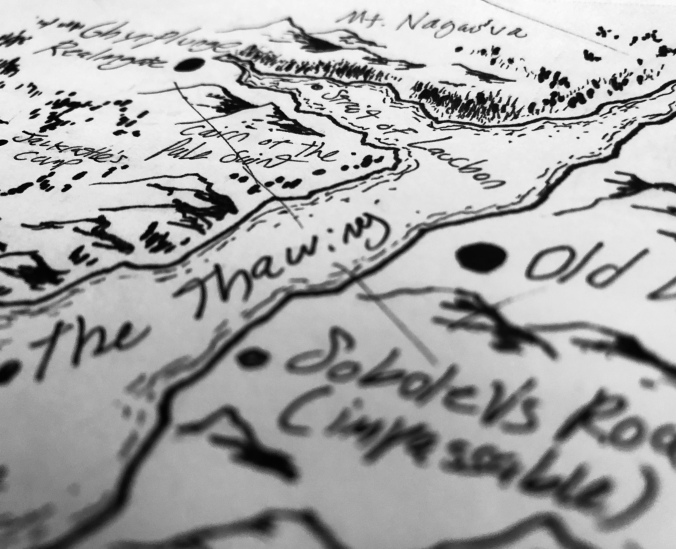 That’s right, folks, it’s finally here! Although we’d hoped to drop everything at once, I’m sorry to say the Campaign Map and Turn 0 Unfolding Narrative won’t be posted until later this evening; please check back later for some easy bedtime reading.  So, yeah: please pardon our dust, we promise it will be worth it. Furthermore, check back tomorrow for our #DaWarpath roundup! You guys (and gals!) absolutely drowned us in exciting narratives and jaw-dropping hobby, and we’re really excited to share it here.

Silver linings what they are, this just gives you a chance to dig into everything else we’re releasing now. First up, the campaign is a go, meaning you can submit your reports! You can find your Coalition’s Narrative Paths are in the report form itself or pinned for quick reference in your Coalition’s private Discord channel. Although we suggest waiting to read the Unfolding Narrative later today before you pick your Narrative Path, you can start discussing your options straight away.

To make sense of some of the things referenced in your Narrative Paths, you’re going to want to visit the all-new Campaign Setting page, with details about the 47 unique locations that will be appearing on the map when it’s posted later today. Some of these are simple fodder for your imagination; others are crucial to your Coalition’s campaign goals. Discerning which is which, is up to you…

And that’s not all the lore we’ve got for you so far. Several of your Coalitions’ narratives are tied to mysterious figures; if you’re in the Perpetual, the Expedition, or the Pilgrimage, you’re going to want to read about the Other Figureheads and learn just who Mithridates Besh, Han Shinzong and Anruil Althariel actually are.

Finally, you’ve all requested it, Nuno M. has assembled it, it’s here, go check it out: the Gaming Resources page, with everything you need for single-player Age of Sigmar and Warcry and more. Really, we’ll just let it speak for itself.

“Everything changes, given time. Lives filled by happiness and desperation fade into the background of centuries and aeons, worn smooth like a pebble in a brook. Armies and empires are ground away, baubles for the amusement of uncaring gods, and even the gods lose their meaning as the Realms dance to a rhythm entirely of their own making. Yet all history was once lived, and every moment births a new and furious struggle. From a distance, it all becomes meaningless, but here and now, nothing could be more important.”

May your gods favor you, warriors!
Alex P.
On be half of Team Animosity