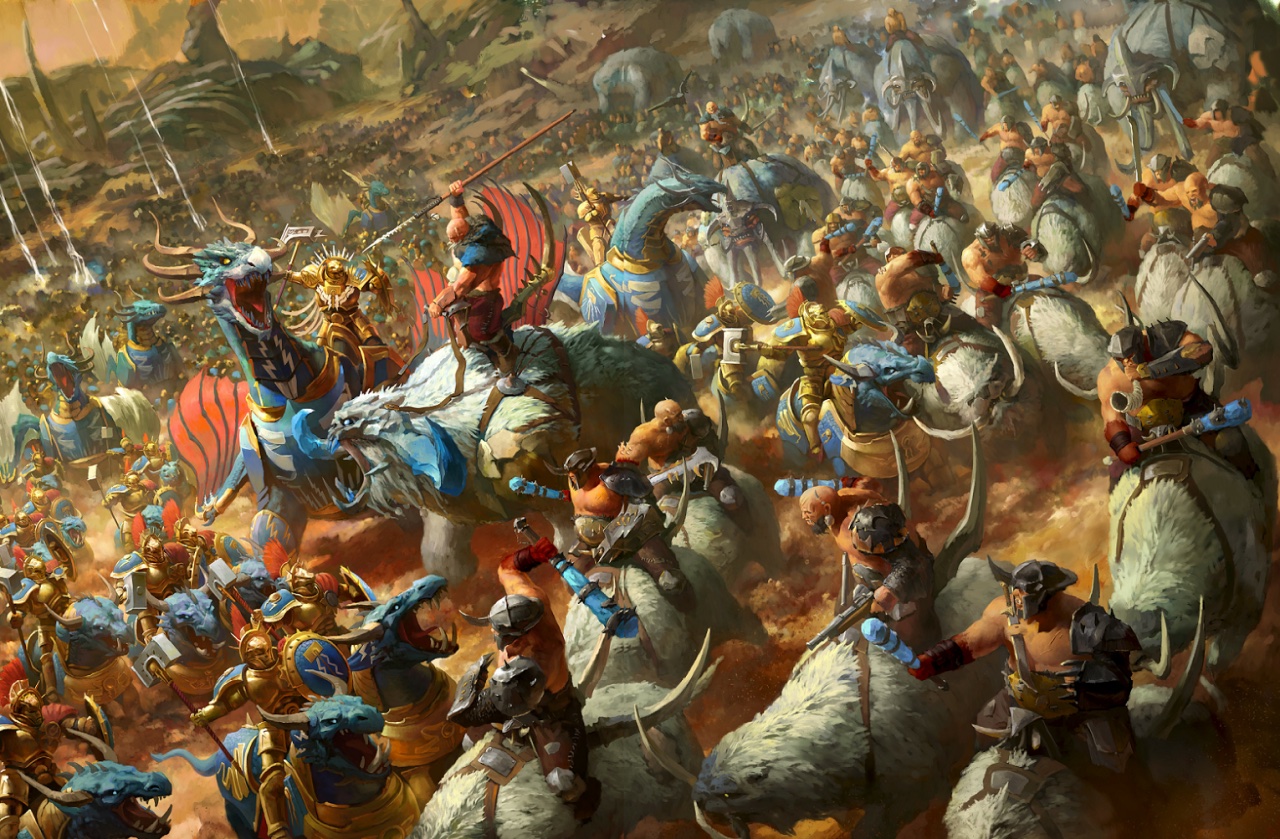 Running Soulbound sessions within the Animosity campaign can be done easily, either by taking a party of Heroes who stick together to accomplish their missions, or disparate groups of Heroes who come together for individual missions each campaign turn.

Gathering a Party of Heroes

Heroes from other Allegiances

The Archetypes provided so far by the Soulbound rules focus on the Heroes of Order, but soon also on the Champions of Death. While we await books like the ‘Champions of Destruction’ (or Chaos) to give us archetypes for the remaining Grand Alliances, we suggest the following:

Each turn, every Coalition will receive three Narrative Paths to choose from, and the Game Master should craft missions for the party shaped by what the Path is asking players to perform for their Coalition.

Furthermore, within the Setting information for the Bleeding Wilds, there are many interesting locations and descriptions which Game Masters are encouraged to use as hooks to develop and turn into part of their stories.

Can my party of players be from different Coalitions?

Ah, a logistic and creative challenge. This is possible, although it is more difficult for a GM to manage.

Players need to agree beforehand that the session cannot descend into never-ending player arguments and fights: this is very important. Players should not pretend to “know” more than their characters do, even if they know the Coalition allegiance of their fellow players.

That being said, if you REALLY REALLY wish to do it, here are a few ways a GM can bring together groups of players that are signed up to separate Coalitions. Each player can then afterwards submit a Play Report for that session in that turn to their individual Coalition as normal.

How much creative freedom can I have as a Games Master?

Team Animosity wants to give GMs as much creative leeway as possible to craft original stories and ideas from the hooks we provide. We ask only that these guidelines be followed: