Animosity II – The Burning Winter takes place along the shores and atop the frozen- yet slowly thawing- surface of Lake Bykaal, an underworld in Shyish where the souls of ship’s crews lost at sea are condemned to hunt their catch for all eternity.

This underworld was formed around the titanic corpse of the Ur-Whale, godbeast matriarch of the oceans and slain by Gorkamorka during the Age of Myth. It is said the Ur-Whale’s soul still clings to its bones, and just as the sailor spirits doomed to the lake’s surface can never catch that which they hunt, the Ur-Whale can never escape its pursuers. Thus it has been since time before counting, yet shall end in the war to come- one way, or another.

During the events of Animosity I – The Hallowed Necropolis, six coalitions descended on Amasya, a holy city in Ghyran lost to history during the Age of Chaos. As-yet unspoiled by the servants of the ruinous powers, armies and champions from across the Mortal Realms raced to claim it. Although the Sigmarsmacht Delegation ultimately brought the city under Hammerhal’s control, the hallowed necropolis did not emerge unscathed. 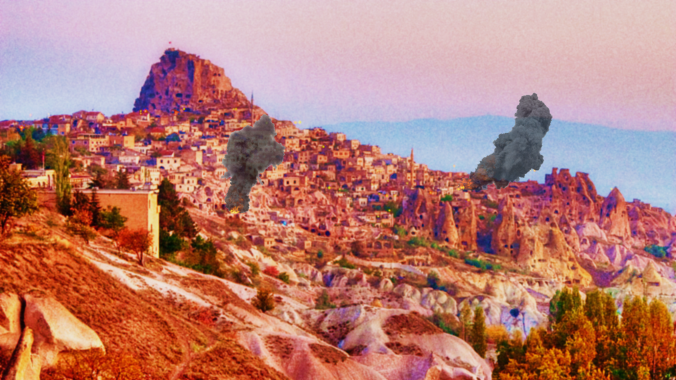 Abandoned for five centuries, Amasya begins to burn as armies clash in her streets.

The vampire Mithridates Alti, whose birthright was rulership of Amasya six centuries ago, freed his father Mithridates Besh from his long internment- only for the patriarch to mysteriously abandon his son in return. Varanguard lords Qarang Sarn and Irkut Thousandeyes despoiled a sacred grove of Alarielle, pillaged the ruins of a Hyshian tower, and sacked the palace of Malerion.

Finally, the Slann Starmaster Zectoka called down a celestial starstrike, smashing the cliffside tombs of the hallowed necropolis’ namesake and opening a yawning realmgate to Shyish. It is through this new portal that the armies of Chaos made good their retreat with a prize bauble: an Enlightenment Engine of Teclis and the secrets of god-binding locked away within it.

Animosity II is called “the Burning Winter” because the frozen, windswept underworld is perpetually cloaked in show-choked half-light, meaning mortals of all loyalties must rely on fires to keep warm and navigate… leading to thousands of tiny fires dotting the horizon at all hours of the day and night. Fortunately for these unfortunates, the ancient and dying pines of the mountain slopes around the lake provide an abundant source of firewood.

The shores of Lake Bykaal are dotted with the ruins of cities and settlements first raised by the families of those souls condemned to sail the lake for all time, their loved ones wishing to live- and die- as close as possible to the kin they had lost. After Archaon Everchosen invaded Shyish during the Age of Chaos, these places were cast down and their inhabitants put to the sword. They are home now only to scattered marauder tribesmen and worse, more degenerate children of Chaos. 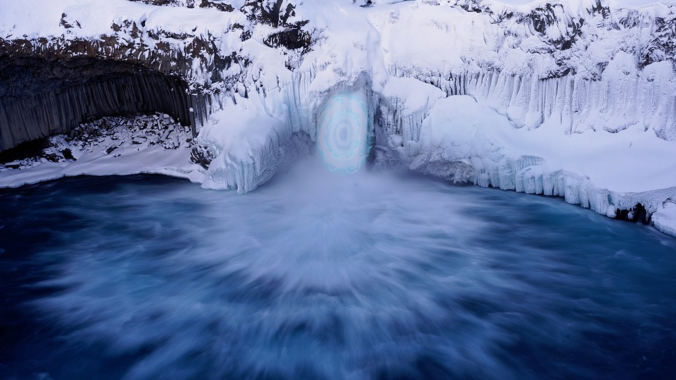 The “Ghyrplunge” realmgate, as seen from where it enters Lake Bykaal in Shyish.

Times are changing, however. The newly opened Ghyrplunge has created a whirlpool along the bank of the Ur-River in Amasya. Once a small tributary realmgate by which Lauchon the Soulseeker ferried the dead of the hallowed necropolis into Shyish’s underworlds, it is now a raging torrent large enough for sailing vessels to cross through. These warm, life-giving waters are pouring into the icy waters of Lake Bykaal, causing its frozen surface to crack and make crossing treacherous and deadly. Should a warrior slip below the ice, it is said they will freeze to death before they even have a chance to drown.

Were this not dangerous enough, the souls of the dead do not look kindly upon the trespass of interlopers. For those caught in the open on the lake, there is no escape from the spectral vessels which emerge from banks of fog, their crews carrying long-rusted harpoons capable of impaling a warrior’s soul. Finally, the Ur-Whale’s own spirit does not rest easy, the waters of Ghyran stirring it to new unlife. The breach in the lake’s center is rumored to be testament of the ruin it brings when it comes up for air- and whole armies could be lost in the blink of an eye if it were to do so again.

Ironically, the Ur-Whale’s presence has only incited further conflict. For Qarang Sarn and Irkut Thousandeyes and their Undivided, the soul of a godbeast presents an ideal opportunity to discover the Aelven secrets of god-binding. Roused to battle by the fiery rhetoric of their Oracles, the degenerate armies of the Wretched pour onto the lake, eager to scour it of trespassers. Meanwhile, the Perpetual rally the dead in defense of Nagash’s dominion, mysteriously aided by the Seraphon of the Slann, Zectoka.

Elsewhere, the Soulmuncherz– a curious alliance of Idoneth, Orruks, Grots and Ogors- wreak havoc across the underworld, hunting souls for a hidden purpose. The forces of Order draw blades against each other, as the Expedition and the Pilgrimage of Aelf half-siblings Anruil Brighteyes and Arali Heartsbane each serve Sigmar’s pantheon in their own way, their fates inextricably entwined with the fate of the lake itself. 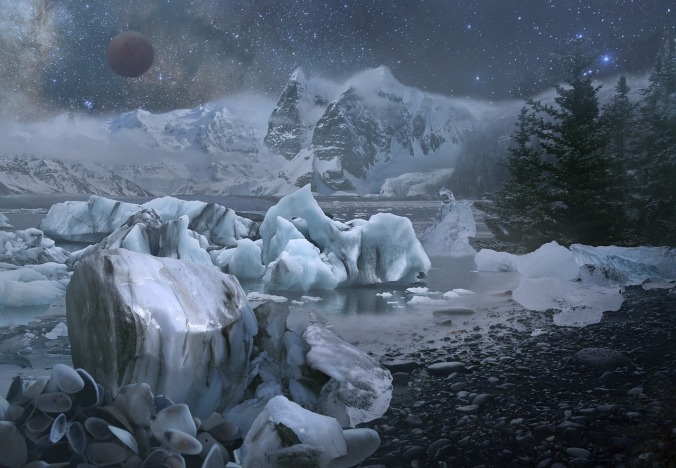 The light of Hysh is weak here, and calms between snow squalls short. Even the brightest day upon Lake Bykaal is little better than twilight in other realms.

Finally, a solitary figure walks the lake with an agenda of his own- Mithridates Besh, the last priest king of Amasya, and a man reborn beyond the ken of gods and mortals…

“What will be, what will be, truth will bind and set us free,
through fiery animosity, Nemesis’ sovereignty…”