Led by Iden the Auric, the Aurannar are rumoured to be the wealthiest of all the Satrapies, boasting coffers twice as deep as any two of their rivals. However, no-one has seen this incredible wealth, with the people of the Satrapy living a strictly frugal existence. Having lost everything in the Spirefall, they have amassed material goods for the inevitable day the apocalypse revisits them.

While any army can join any Coalition for any reason, the Aurannar favor allies of unscrupulous nature, eager to claim considerable compensation for their services without asking too many questions. 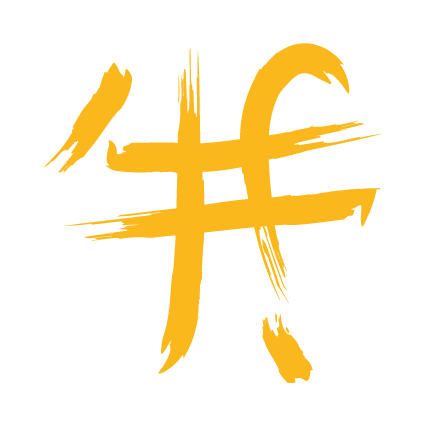 “Waste not, want not” is at the heart of Aurannar philosophy. Theirs is a society marked by thrift and backbreaking toil, sacrificing and saving out of an ancestral fear of cataclysm and hope that the fruits of their labor may prove enough to save them when the time comes. For this reason, though they are wealthy, the Aurannar live the barest lives of all the Satrapies. Better one loaf of bread today and one tomorrow, they reason, than two loaves today and tomorrow none at all.

The people who would become the Aurannar lost everything in the Spirefall. In the throes of that cataclysm, they found old friends to be false and neighbors suddenly hostile as Hysh tore itself apart. Forced back on their own resources, the years that followed saw many among the Aurannar die of starvation, and many more fall victim to marauders in the blasted wilderness. Even when they reached the relative stability of the Prime Dominion, their struggle was not at an end. They waged war against the Dornayar when the latter claimed that ‘doom would be brought about once more by the Aurannar’s hand’. Eventually an armistice was forged and Elusedrod’s people grudgingly backed down, but the Aurannar have never truly forgotten or forgiven them, and live in fear of their doomsday prophecy.

That Iden is called the Auric is an irony. Of all the Satraps, he is the least ostentatious and adorned. His robes of office are grey and simple, and his halls are of the same cut. Only a modest circlet of iron and silver sets Iden apart from his subjects. For Iden, true power is not symbolized by ornament or raiment, but in the devotion of his people, which is unrelenting and obsessive.

Other Satraps call Iden a skinflint and a miser, ruthlessly exploiting the Aurannar for the sake of his own enrichment. Their words conjure visions of lakes of gold beneath the palace, of sumptuous extravagance laid aside for his personal enjoyment. In truth, Iden is an aelf haunted by an ancient paranoia. The threat of another Spirefall, coupled with a prophecy that spells their doom, has led him to build huge vaults beneath his castle. These are master works in and of themselves, with walls thick enough to survive the upcoming apocalypse in whatever form it may take. They house enough wealth and supplies to bring his people safely through whatever doomsday may befall them – as well as boasting enough space to fit the entire population of the Aurannar themselves.

Of late, the Satrapy has begun to part with some of its wealth. From across the Realms, the Aurannar have hired sellswords, outbidding their rivals to ensure that the largest mercenary army belongs to them and them alone. There are rumours of strange powers inside the vaults as well: some of them hold weapons from the Age of Myth, thought too terrible to unleash in lesser wars – but not, perhaps, when survival itself is at stake. By Iden’s reckoning, the apocalypse is about to come again – and this time, the Aurannar will not be found wanting.

Old even by duardin standards, Haraldr-Grimnir has led a storied life. Runeson of the Baeldrag, he rediscovered the wayward Dreyrugr lodge and deposed its psychotic, imposter Runefather. In the many decades since, he’s led a ruthless and unrelenting campaign to grow his lodge’s influence. In the Prime Dominion, he hopes to cement his legacy and bring such wealth and prosperity to the Dreyrugr as to rival their mighty forebear, the Vostarg.