As a sphiranx, Nashwar has no magical abilities. Perhaps then, it is unsurprising that her Cabal’s core tenet is The Equality of Arcane Usage. While wizards are welcome, they believe that magical might should be made available to anyone with the desire to use it. Ironically, this level of egalitarianism does not stretch to anyone outside of the Cabal, as their second tenet is The Redistribution of Arcane Paraphernalia to Appropriate Custodians. Invariably, only other Cabalists are deemed appropriate custodians, meaning that they will stop at nothing to steal any magical items they become aware of.

Despite the inevitable draw of arcane power, the Cabal could never be called a large organisation. The life of a Cabalist is a hard one; field experience is valued above all else and many aspirants lose their lives to endless spells, realm-edge phenomenons and the predations of burgled wizards. This perilous lifestyle, coupled with their perceived arrogance (and internecine killings) saw their numbers remain low.

However, the opening of the Bleed has drawn in inquiring minds like moths to a flame. The Nashwan Cabal has been swift to induct many of these curious adventurers to its cause. They are accepting of any and all aspirants, fully realising the utility of brawn as well as brain, for there is no point in sending a string-armed apprentice to do a rampaging ogre’s job. 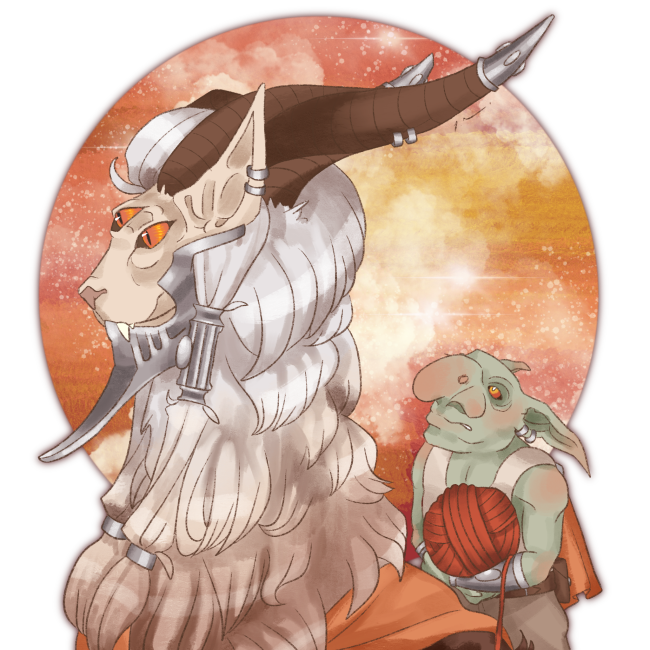 There are few creatures in all the realms that could match the intellect, foresight and sheer magnificence of the sphiranx Nashwar, as she is never shy of asserting to the fawning underlings of her cabal. For centuries she has concerned herself mostly with the accumulation of magical esoteria, hoarding it to herself and her underlings, yet now a new fascination has occupied her vast mind - Maudra Rua, the great dragon sealed away so long ago. A creature of such power, with a grace to rival her own. There is much they could do together.