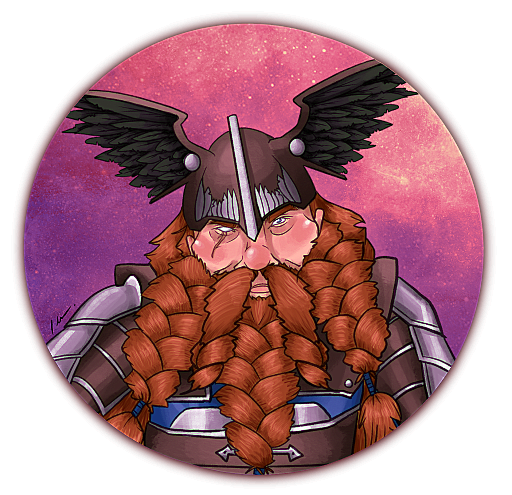 Not long ago, Alex was so upset by the End Times, he sold his work-in-progress Empire army and swore never to support Games Workshop ever again. Then, his wife said to him, “I’ll play Skaven if you want to get into Age of Sigmar” and everything changed. These days, he keeps busy trying to paint entirely too many army projects and consuming every bit of lore printed by GW and Black Library so as to better preach the gospel of narrative play. Find Alex on Twitter: @LittleSoldierTV Nick has always been an elusive, pointy-eared aelf at heart, which is likely why we know so little about this enigmatic figure or the game engines he builds. Find Nick on Twitter: @Beithir Saul jumped into Age of Sigmar with both feet as soon as it was released and has never looked back, taking part in a continuous series of narrative campaigns with his local group ever since. He had never played anything except Open and Narrative Play until the second edition of Skirmish arrived in White Dwarf, and was forced to use Matched Play points for the first time ever. Find Saul on Twitter: @WarbossKurgan Katie became a certified Warhammer player when she bought into her second army (Sylvaneth) before completing her first army (Skaven). Animosity is made possible by her abundance of patience for Alex’s toy soldiers. Katie also possesses a superior eye for color theory. Seriously, there’s no contest. Find Katie on Twitter: @Nushaaful A loyal subject of Nagash who has collected literally thousands of points of Nighthaunt and Ossiarch Bonereapers, Cosgrove wears many hats: gently (but firmly) enforcing our Discord server’s rules, collaborating with Nick C. on campaign mechanics, and running quality control on our supplemental materials. A knight from a previous world, canonically killed by Settra in the Black Forest. Also First Marshal of Araby and Grandmaster of the Horned Rat’s Gray Knights. Animosity writer and worldbuilder.

A skirmish wargamer through and through, George's M.O. is ‘small warbands, big impacts’. George writes and world-builds for Animosity Campaigns and spends his free time doting over Baby Qwaark, a naked beastman toddler. We personally don't see the appeal.

One of the world's foremost Fimirologists, Elodie's pastimes are sleeping, bubble baths and crying. Oh, and Warhammer. And writing. Frankly, she doesn't know how she fits it all in. Find Elodie on Twitter: @elodiehobbyhole and @chemywords

Garlan collected Bretonnia, all kinds of Elves, Dogs of War and Vampire Counts way back when and has loved Mordheim passionately since 1999. He was lured into the Age of Sigmar during 2020 and then became infamous for playing very confusing Animosity characters, which obviously made him a natural fit to add clarity and efficiency to the writing team! Nuno is just this guy, who was fed up at nobody realizing how cool narrative gaming was, that he decided to just go around rubbing it in people’s faces until they convert to it. He also wrangles and strong-arms people into doing bigger and better narrative gaming and events. In his quiet moments, he enjoys a cup of good Mediterranean espresso on an outdoor terrace. Find Nuno on Twitter: @WH_Narratives Grognard is the French word for “old grumbler.” Peter is too young to be a grognard, but he may be some day. He’s been dragged kicking and screaming into Age of Sigmar, and yearns for a time before he, technically, knew that Warhammer was a thing at all. For all that he’s pretty excited about the direction the hobby is going and the things we, the players, can do with it. You will not find Peter on Twitter.